I can't believe I never made a small devlog about this. I know I sorta talked about it or explained it before but yeah I still think what I did here was real good. 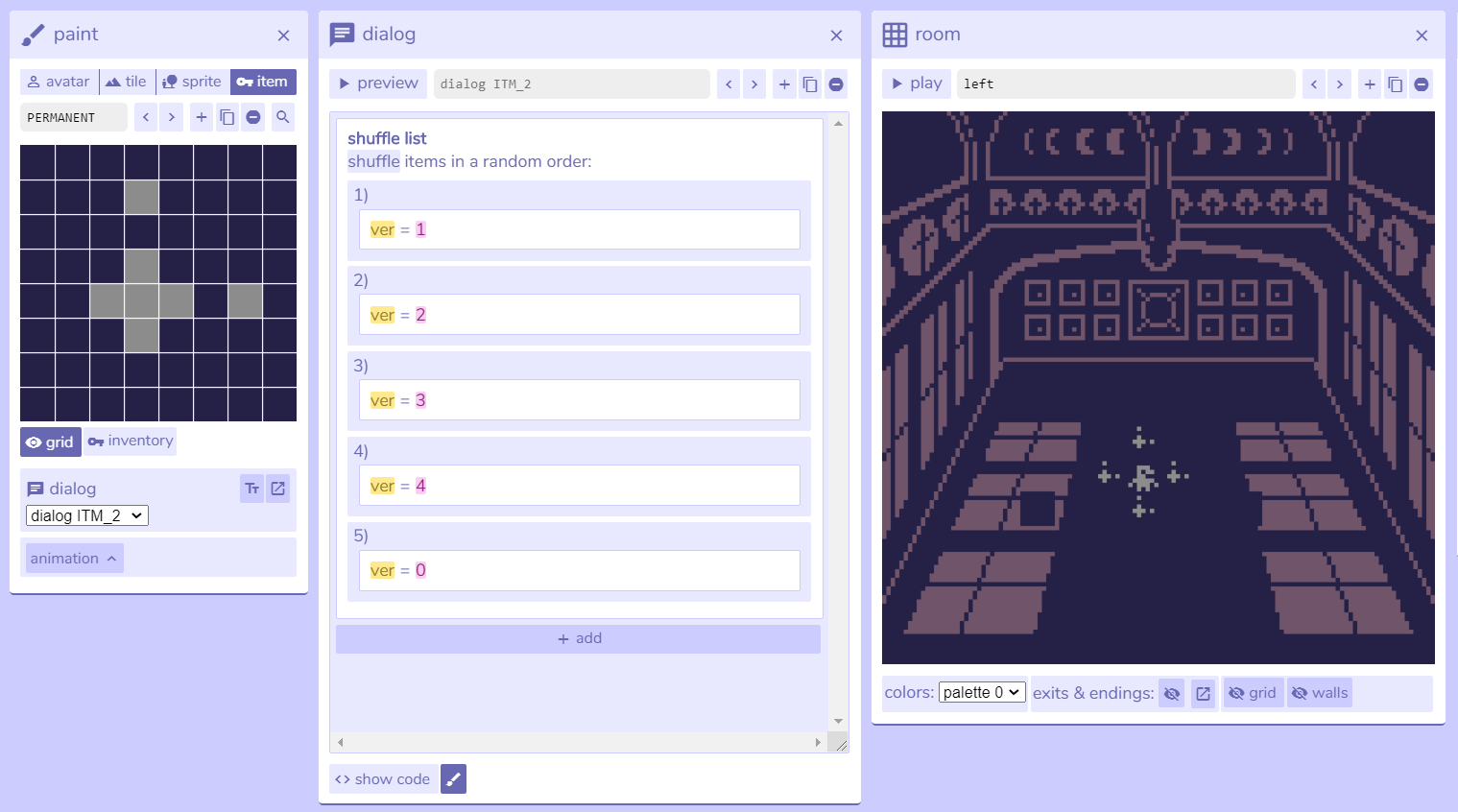 Right from the beginning as you start the game, you pick an invisible item which gives you one of five variables numbers. It is always random.

Now all the text you encounter will respond to the variable. 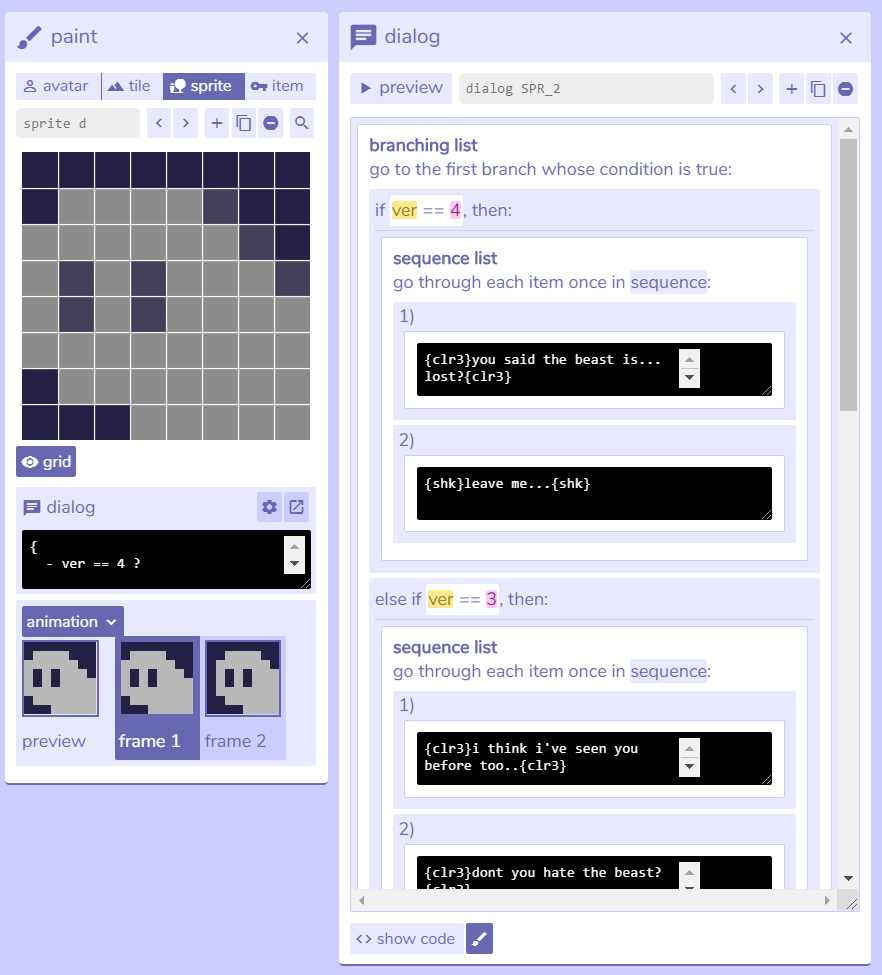 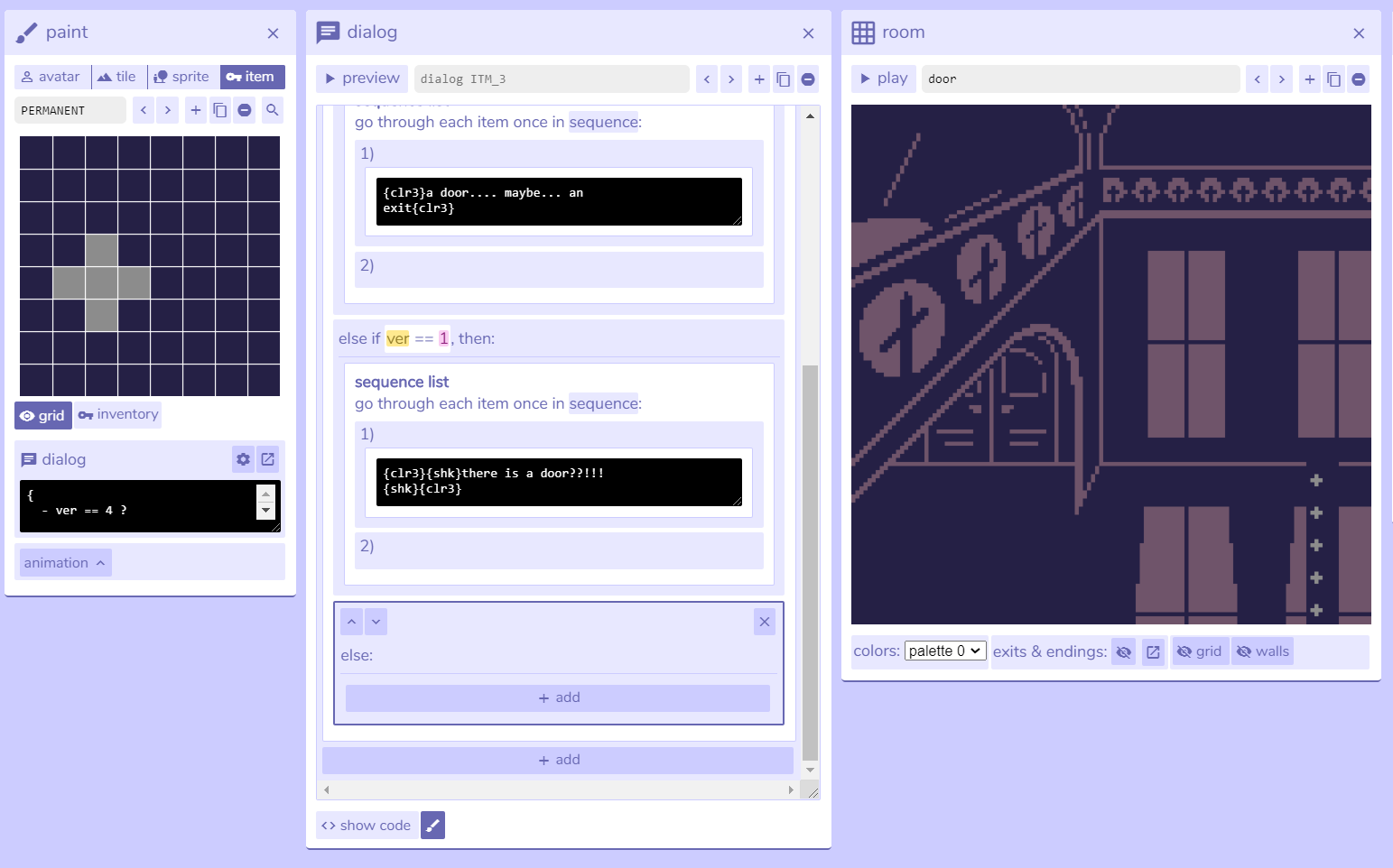 It's a short game but it did take some effort haha

......especially the mirror part. Lots of rooms and shifting tiles lmao could be worse I guess..

Anyway most people did not play it more than once. I understand that. I'm not bitter at all (ha ha haaa) frankly it was kinda funny seeing the people confused because the loop they got had less text and no clues to what was happening. Very. Amusing.