doomed to wander the mansion forever...

music (found on the youtube audio library):
Spirit of the Dead by Akash Gandi
Back of the Room Hang by  Jingle Punks

The controls are the arrow keys on the keyboard! If you wish to interact with something (and it is something interactable), you just need to sort of bump into it and it will display dialogue.

but like im stuck in the first frameeeee nothing is hapeening

Oh no! I was the cute kitten beast all the time!

Seriously, though, cool trick with the mirror and nice use of the linear perspective.

P.S.: are chances of surviving in this economy indeed are slim

This is so cool! The perspective is great, and I literally laughed out loud at "in THIS economy??"

Very spooky! I adore your usage of colours and music here, you've created such a perfect gothic atmosphere using your own style. <3

The ghosts are so cute! Also, wandering around waiting for the screen to flash and the ghost to appear was surprisingly tense... And the mirror really sells the twist!

yay!!! i was worried it was a little annoying since there's only one tile that triggers it haha.. but im glad it works in my favour :P

UMMM THERE ARE SO MANY TRICKS IN HERE THAT I'M GENUINELY SPOOKED?????? WHAT THE HECK BRUH

also the perspective for that one part is....holy cow that's nice....

The use of time is used to great effect. This is great and atmospheric.

True, I just do not understand how the ghosts are activated (do you need to get up in some place, or do you just have to walk around?).

And also my personal opinion, you can try to add music.

I think it will be cool! :D

thank you!!! u just mostly uh trigger an exit on a single tile that takes u to another room :P i mostly didnt have time/was too tired to add music but maybe i'll do that later :D

Yes, I also sometimes got a little tired when I sent the project on jam (this usually happens at night XD), but it does not happen so often, so one time right?

And about music, I can advise an excellent place, this is a record library of YouTube, there are a lot of music and free of charge (those with the badge on the right need to be mentioned, and most of the music without a badge of mention).

If you want to search frightening music, try ambient

and thank you!! i didn't know about the audio library of youtube! i generally try to make my own music (i'm.... not very good at it though haha) but this is an awesome resource!! and this song is really good for it :D

edit: i added the song you suggested bc i liked it a lot :D

Yes, maybe I personally have not altered the games to other competitions yet, but I wanted to start doing new ones from scratch to Javascript, after I realized that it was long, easier for Bitsy or something else that would speed up the creation of games.
As for local fatigue, I think normal, this happens not so often, it's good, because making games being tired is not quite productive.
Honestly, I would throw off the post on how to finish the game, but I found it only in Russian (I read it in Russian in more exact), in general it is from the creator of Spelunky if you can read it interestingly, this post opened my eyes. 0.o

About the music thanks :)
I wanted to find a good one

As for creating my own music, I think it's cool, I used to do my music before, when I did games on another program, it was fun
The truth is now, I use BFXR, purely to make sounds. And the main supply of music is taken from YouTube :)

By the way, what do you think about continuing the correspondence in a discord, just here a lot of text was formed :P

god the perspective in this is lovely, and when it changes is very cool... and the special thing in that room is very cool

ah i love  the thing you did...with the thing...so cool i gasped

ooo, I really like some of the perspective changes you used!

And man, that one ghost was just born (died?) to be a ghost, it was just so chill about it!

thanks :D yeah one of the ghosts is really chill about it... but i guess maybe their sense of urgency and anger kinda died down after a bunch of loops :P

YOU SPOOKED ME!!
It's so cool with the blinking lights and all that!

yay!! i spooked you!! i was worried its a very unspooky game....

aw thanks!!! (the room.... was... well i cut corners after drawing the one pretty room lmao) 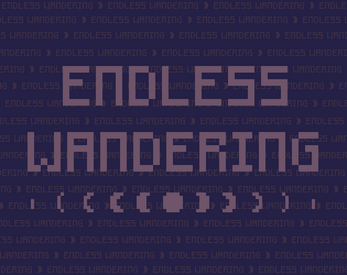