Have a nice little walk through a maze.. I'm sure it'll be fine :)

p.s.s.s. if you think you are seeing how bitsy doesn't make things a smooth transition— no you aren't 🙈

what an excellent walk

HAHA yeah its very much my typical bullshite xD

I got both endings!

The way the music was set up is v neat imo

If you start picking up the parts does the demon just never show up or does it show up and u die?

yay!! and im glad the music worked for you!! i didnt like,, properly test it out bc im so lazy to play it properly to test the vibes haha

oh yeah they dont show up haha the endless wandering is the punishment! the fragments are meant to hint that you need to bot pick them up to win— i think i ended up making it more subtle bc at one point my notes def had something like "I WISH I NEVER PICKED THEM UP AT ALL!" but it just didnt fit in with the writing flow i got into in the end..

i just rly wanted to troll and do a reveral of the general thing of games making u pick up items, lik3 usually they put them in out of the way places for making it harder to collect but i mostly tried to put them in places like that as again like a reversal as here its a design choice of "see, u dont need them to beat the game, u specifically went out of ur way to get them when u didnt need to!" but of course like yeah i count on that being the 1st playthrough, so its like im being mean, being a troll heehee

it all just felt so fun when i was brainstorming it 😅😂

lol, good idea and execution. and the itch page looks great too!

haha thanks! its felt like a while since i went all out for a bitsy game!

i guess its been like 2 days.. did u end up finding the instant ending in the first room? 😂 im very much "?? shit,, how hard did i make this game?" lmaooo

i got the one where u just leave the maze and write ur fic... and i never beat the maze but i assumed it was like... impossible to leave lol.

its actually very easy to leave the maze :^) u just gotta heed the warnings! and *not* do something >:3c

Great! I got completely lost, then tried to backtrack... very impressive!

heehee its pretty tricky! thank you for playing!!! 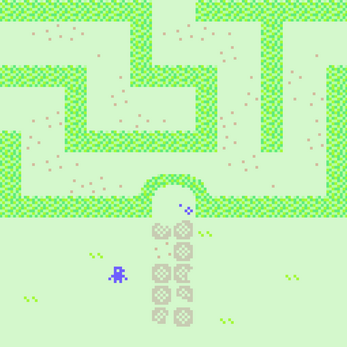 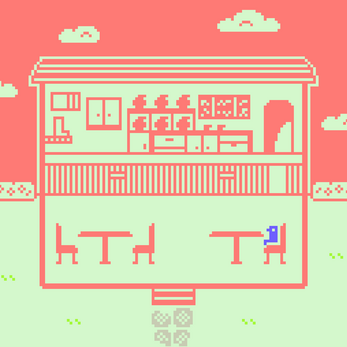